*** The league’s primary purpose is to build community involvement in tennis and to help people improve their tennis game. Players should be at least 18 years of age. (Any exceptions to this policy are based on parental approval, and at the discretion of League Director.)

Thanks from all of us at Tennis League San Diego. 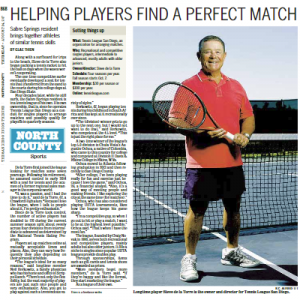